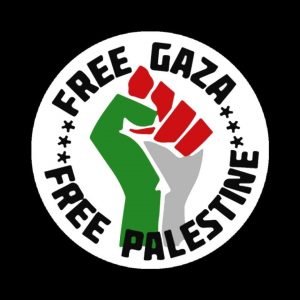 The so-called Israel as the Nation-State of the Jewish People law passed by 62-55 in the Knesset amid tumultuous scenes. Lawmakers from the Joint List, parties representing Israel’s approximately 1.5 million Palestinian citizens, were thrown out of the chamber after they tore up copies of the law. Joint List chairperson Ayman Odeh said that passage of the law means Israel has “declared it does not want us here” and “that we will always be second-class citizens.”

Palestinian citizens of Israel are the survivors and their descendants of the Nakba, the ethnic cleansing of Palestine by Zionist militias before and after Israel was created in 1948.

Unlike millions of Palestinians in the occupied West Bank and Gaza Strip, they have some civic rights, like the right to vote. But they already faced entrenched discrimination enshrined in dozens of laws. The new law goes further. As a “basic law” it has constitutional status and gathers together some of the most discriminatory features of Israel’s system in one document.

Among key provisions, the law defines Israel as “the national home of the Jewish people,” with Hebrew as its official language and Jerusalem as its capital. The law states that “the right to exercise national self-determination in the State of Israel is unique to the Jewish people,” thereby denying to Palestinians any national rights or existence. Arabic is downgraded from an official language to one with “special status.” The law declares “Jewish settlement as a national value” and that the state will “encourage and promote its establishment and consolidation” – a green light to further colonization of Palestinian lands throughout all the territories occupied or controlled by Israel.

The law’s endorsement of Jewish settlement sets no geographic limits, which means it encourages Israel’s ongoing colonization of the occupied West Bank, including East Jerusalem, which is illegal under international law, as well as in Syria’s Golan Heights, occupied by Israel since 1967. The seven-branch menorah, a Jewish religious symbol, is legally defined as the state’s emblem, and the law confirms “Hatikvah,” a song with Jewish sectarian lyrics, as its national anthem.

Adalah, a legal advocacy group for Palestinian citizens of Israel, has stated that the new law “falls within the bounds of absolute prohibitions under international law” and embodies “characteristics of apartheid.” The legislation draws a clear “distinction between the realization of basic rights between Jews and non-Jews,” according to Adalah.

It defines Israeli sovereignty on a “racist, ethnic basis” that includes those Israel recognizes as Jews anywhere in the world, but excludes non-Jews living within Israel. The law justifies discrimination against Palestinian citizens of Israel, according to Adalah’s analysis. In short, Palestinians are rendered “foreigners in their own homeland.”

This entry was posted in English and tagged bds, free palestine, israel. Bookmark the permalink.